Fully Insured, Self-Insured, Level-Funded: What Does It All Mean to the Small Employer?

Fully Insured, Self-Insured, Level-Funded: What Does It All Mean to the Small Employer?

Small employers are examining more closely what it means to be “fully” insured. Today, employers with as few as five full-time employees can find other funding arrangements which allow them more control—and more accountability—over their insurance premiums.

“Fully insured” is what most people mean by insurance. The employer pays a premium to the insurance carrier on behalf of each employee; in return, the carrier is responsible for paying future medical claims that are:

Beyond that maximum, it doesn’t matter whether an employee incurs a $13,000 appendectomy or $300,000 respiratory failure, or how many medical procedures take place in a given year; the carrier has contracted to pay all claims and assume all financial risk, and not to raise monthly premiums during the term of the contract (typically at least one year).

A carrier has to balance its checkbook to stay in business, so it needs to bring in at least as much premium as it pays out for medical claims. (The carrier’s employees often want to take paychecks home, too.) If claims increase—or are expected to increase—the carrier proposes higher premiums to the employer at the beginning of their next contract term (their “renewal”). The employer is free to accept those new premiums, to opt for lesser benefits that mitigate the increase, or to explore alternatives with other carriers. Regardless of whether the employer stays with the same carrier for the next year, the claims already incurred are the carrier’s responsibility to pay.

“Pooling” has always been a part of the concept of insurance. If ten people are insured, the carrier’s goal is to collect premium from all ten that covers the claims incurred by all ten, not necessarily premium from each individual to cover that individual’s claims. Prior to the Affordable Care Act, carriers could propose higher premiums to small employers with higher risk (existing medical conditions) to cover the expected claims. Currently, the ACA mandates that carriers use “community rating” for small employers, equalizing the premiums for a given level of benefit in the same geographic area. (Carriers can still weight premiums for age—small-group coverage for a 21-year-old is usually much cheaper than for a 61-year-old—but a sick 61-year-old and a healthy 61-year-old would pay the same amount for the same benefits.)

Community rating allows employers with unhealthy employees to find insurance coverage not priced completely out of their range. However, not only do small employers with few health risks see premiums increases greater than their own claims would justify, but there is no benefit to prudently trying to control costs via wellness plans or other initiatives; any specific employer’s efforts to reduce claims would only be drops in the huge bucket from which renewal increases are calculated.

Self-funded insurance is almost completely the opposite of full-insured coverage. A self-funded plan is exactly what it says: The employer pays the claims of its employees (with an important caveat—see the next paragraph). In effect, the employer has formed an “insurance pool” all of its own, with the participants in the pool consisting only of its employees and their dependents.

Because there’s always the possibility of claims being greater than expected and budgeted for, most self-funded plans still have a form of fall-back insurance in place, called “reinsurance” or “stop-loss insurance.” These employers will buy a policy to protect them in case their actual claims exceed, for example, 125% of actuarially predicted expenses, or in case a single employee incurs claims large enough to skew the entire pool. Typically, even employers with several thousand employees will have stop-loss to hedge their bets against the unexpected—which is really what insurance is for. 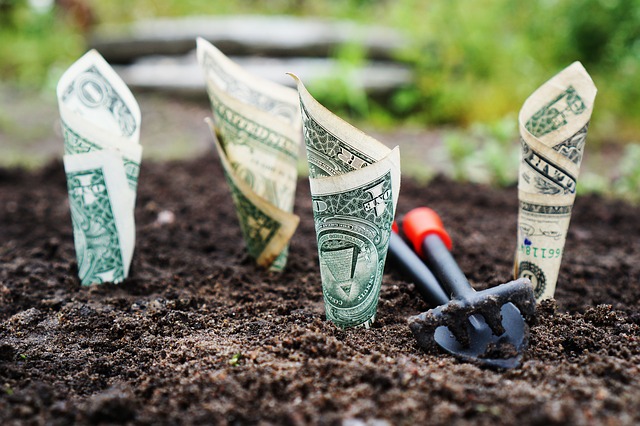 Self-funding is generally NOT an option for a small employer, due to the nature of statistics. With a pool of 500+ employees, an actuary can estimate the level of expected claims and the likelihood of any “surprise” large claims (systemic cancer, serious accidents, etc.). As the number of employees goes up, the accuracy of such statistical estimates goes up. As the number of employees goes DOWN, not only does the predictability of any individual large claim go down, but the ability of the pool to absorb any one large claim goes down. If you have five employees and are budgeting for expected claims expense, it only takes one stroke or one high-risk pregnancy to incur expenses far beyond what you had planned for.

It is very much in the interests of a self-funded insurance plan to minimize claims, as all costs come out of the employer’s pockets. Conversely, all savings benefit the employer’s bottom line. Thus, these plans often include wellness programs, biometric screenings, in-house exercise programs, and smoking cessation incentives, encouraged by well-motivated management.

Self-funded insurance plans are set up with the assistance of professional actuaries who can help determine reasonable levels of funding from year to year.  Third-party administrators (TPAs) are usually involved as well; these TPAs pay provider claims, and often contract with an existing carrier for the use of its network.

Level-funding has recently attracted attention among both larger small employers and smaller large employers. Simply put, level-funding is self-funding done small. Some carriers offer level-funding plans to employers with as few as five full-time employees, with built-in stop-loss protection that comes into play at a much lower threshold; these plans are often thus referred to as “partially self-funded.”

What Does This Mean For YOUR Group Benefits?

As always, insurance is a balance between costs and risks. Fully insured coverage removes most risk from the employer and employees, but the up-front costs are higher. A self-insured plan leaves most of the risk with the employer, but also has the greatest chance for savings. Level-funding combines the best of both worlds, but is really only viable for “not too large, not too small” employers. There is no one “right” answer to which funding arrangement is “best.” Here are some questions to consider:

How many employees do you have? How healthy is your employee pool? How much variation in your premiums can you accommodate, year to year? How much input into benefit design do you want to have (or want to HAVE to have)? Let’s sit down and discuss these questions to find out which kind of insurance funding best meets your needs.

What is a Wrap Document?